The Smithsonian’s National Museum of the American Latino (NMAL) recently established its Scholarly Advisory Committee and named Professor Lisandro Pérez, Ph.D., of Latin American and Latinx Studies as one of its 18 members. Together, this council of leaders, spanning a wide range of disciplines and backgrounds, will review possible exhibits, initiatives and programs to be featured at this highly anticipated museum. We connected with Pérez to learn more about the NMAL and his vision for the future.

How was your involvement with the NMAL?
My involvement with the Smithsonian dates back to the early 1990s when I was part of a national consortium of university Latino research centers. It was called the Inter-University Program for Latino Research. This group played a large role in the founding of the Smithsonian’s Latino Center, and the Latino Center is the forerunner of the NMAL.

As part of this early involvement with the Smithsonian, I also served on the Latino Advisory Committee of the National Museum of American History from 1994 to 2001, where I worked on Latino-oriented content for that museum. I’ve followed the efforts to create the museum over the years, including a lot of political hard work. Let me emphasize that the NMAL was created as an entity but does not yet exist. It has yet to be built and equipped with its contents. Money has to be raised for this. I am a member of the Scientific Advisory Board, which will mainly deal with the contents of the museum.

“To be personally involved in an effort where young Latinos like my granddaughter can step into this museum and learn the story of their heritage is a great and very meaningful responsibility.” – Lisandro Perez

NMAL will mean so much to our John Jay community and to the Latinx communities in this country and beyond. Can you explain why it is so important that such a museum exists?
A museum primarily serves education, especially the education of our youth. One of the reasons that drives my work, especially my latest book, Sugar, Cigars and Revolution: The Making of Cuban New York, is designed to give young Latina/os a sense of history. Young people, like our students at John Jay and Latino New Yorkers, should feel that they historically belong in this city. People who were born where they were born, or where their parents were born, walked the same sidewalks, not just now, but decades ago, or even a century or two ago. Your ancestors did extraordinary things as artists, writers, financiers, laborers, and perhaps even helped found nations in the places they came from.

To do this nationally, to be personally involved in an effort where young Latinos like my granddaughter can step into this museum and learn the story of their heritage is a great and very meaningful responsibility.

What does it mean to you to be on the advisory board? Are there projects, exhibitions, initiatives or topics that you would particularly like to see in the museum?
Although it’s an honor, I don’t really see it that way. It is a task, a very important one, which will involve a lot of work but also a lot of fun. I anticipate that the Advisory Committee will meet for full days several times a year to determine how best to reflect, represent, and document the Latino presence in the United States in all its dimensions and diversity. That’s the challenge. While we can depict shared experiences and stories of Latinos in the United States, we must also depict the different stories of the different nationalities that came together in this country. It will be a daunting task because of the diversity of the Latino experience.

“We will seek consensus and recommendations on how to balance and bring together diverse Latino histories into a coherent and powerful museum.” – Lisandro Perez

The Advisory Board deliberately reflects this diversity, with scholars who are experts in that specific national history. Few, if any, scholars are experts on the entire Latino experience—we tend to work on specific nationalities, be they Mexican, Puerto Rican, Dominican, Cuban, or a range of other nationalities. My contribution will primarily be to popularize the history and culture of Cubans in the United States. It’s something I’m passionate about because it’s my story and my story. It’s something that explains why I’m here and not where I was born. 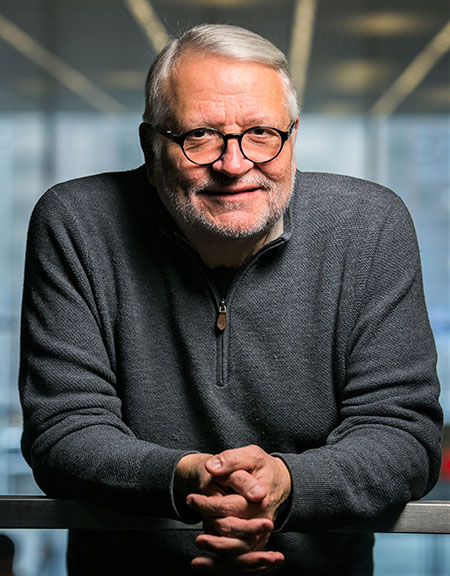 In the meetings we will try to reach consensus and recommendations on how to balance different Latino stories and bring them together into a coherent and powerful museum. My experience with this type of work is that planning the contents of a museum is one of the most difficult things a scientist can do. When writing a book or article, you often have some freedom as to length, but a stationary museum is adamant about the limitations of space. There are only X square meters and that’s it, a zero-sum game. In order for something to be included, something else must be left out.

“I particularly want to focus on internships for students. This allows us to build a pipeline of scholars interested in Latino history and culture.” – Lisandro Perez

If you could achieve three things by being a member of the NMAL Scholarly Advisory Committee, what would you like for those three things?
The first would be to advocate and contribute to the proper presentation of Latino history and culture, especially Cubans, in this museum. I want to help create a presentation my granddaughter will be proud of. The second would be to advocate for educational programs for young people of all ages. I especially want to focus on internships for students. This allows us to continue to build a pipeline of scholars interested in Latino history and culture. And my third would be to have fun and learn from my colleagues on the committee.